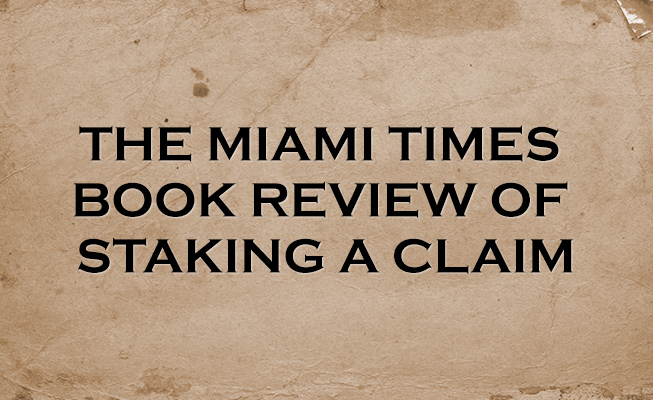 Staking A Claim: The Story Of Black Indians And Oil In Oklahoma

As there are among the Creeks many persons of African descent, who have no interest in the soil, it is stipulated that hereafter these persons-and their descendants-shall have and enjoy all the privileges of native citizens, including an equal interest in the soil and national funds.-Creek treaty of 1866, developed under Cow Tom, a great grandfather of Jake Simmons Jr. (From the book, “Staking A Claim” by Jonathan Greenberg)

Did you know what is now the State of Oklahoma was once exclusively Indian Territory (by treaty) after the civil war (1886-1907)? Or that Blacks (former slaves) were considered sovereigns and protected as much as such in this Indian nation?

And, further, bringing the issue closer to home on black Indian relations, are you aware that a prime ingredient of the Seminole Indian war with the United States resulting in their refusal to move, was the fact that hundreds of runaway slaves had intermarried and where living among the tribe?

According to published reports: “ Black Seminoles encouraged the Native Americans resentment for the encroaching white. Because removal would have meant we enslave meant for many black tribesman, they were willing to risk their lives to fight emigration, and convince a red brethren to do the same.”

American history is so full of contradictions and things left out, that both school children and adults have unwittingly become the victims of the tyranny of self-deception in an nation at risk because of it.

almost every time a researcher, historian or Rider chances to do an in-depth review of any facet of American history that involves a black presence, hidden passages (information here to fore unknown) emerge which open the doors to literal interpretations as opposed to contributed propaganda.

White and Black people. Nowhere in the annals of this country have such blatant omissions and distortions, which affect perception, have been found in here.

Classic example of this reality can readily be seen in the new in a new book scheduled for release this month, “ Staking A Claim,”  by Jonathan Greenberg, Atheneum (Macmillan, publishing company, New York, N.Y. (19.95 h.c.).

Which occupies nary a line in 98.9 of the books used to teach American history to the school children in America.

The book is a story in biographical form of Jake Simmons Jr. And his great-grandfather, nicknamed “Cow Tom,” who, because of his intelligence and ability as an interpreter of the Indian language, rose to become the first Black Chief of an Indian tribe in America.”

Jake, the great-grandson, because of the legacy in both land and savvy left him by his illustrious ancestor, would later become an international tycoon considered the “most successful African-American in the history of the oil industry” in Africa and America.

Educated and trained at Tuskegee Institute in Alabama, he knew and understood well the economic theories of Booker T. Washington, which enabled him to bob-and weave through the subterfuge of canny White businessmen to become enormously rich and powerful.

The biography has significance historically, socially and economically. Historically, because it brings to the public’s attention for the first time the role played by African-Americans in negotiating the interest of Native American Indians as well as themselves;  socially, and/or  politically as shown in the Niche they were able to carve for themselves ( because of their ability as interpreters and allies)  citizenship rights among the Indians by way of treaties; and,  economically,  because of the astuteness of Jake Simmons in finding effective ways and means to negotiate oil leases for Blacks here and in Africa to get around unscrupulous Whites who were cheating them of their land rights.

Of equal importance in the book is the insider’s view of “lost” American History involving the swap of the entire Creek Indian nations land in the Southeastern American states for $25,000 and a large tract of desolate land where Oklahoma now stands.  This so-called treaty -negotiated by greedy half White chief and federal Indian agents-resulted in the federal removal policy designed to forcibly drive all Indians west of the Mississippi.

*The Seminole Indian war (fought by Indians and Blacks against the U.S. army) described as the bloodiest war in American history. “The cost to the U.S. army was $40 million an the lives of 1,500 soldiers.

*The role played by Simmons as a “political pawnbroker” in securing civil rights for Blacks in Oklahoma.

*The importance of Jake Simmons as an African American in opening up negotiations for the vast oil fields in Nigeria and other African countries.

These items and much more appear in this informative book that extends our knowledge of American History to include significant aspect of the Black experience heretofore ignored or forgotten. We recommend it highly as a research and for pleasurable reading.

This review originally appeared in The Miami Times in February of 1990. Click here for a PDF of the original article.