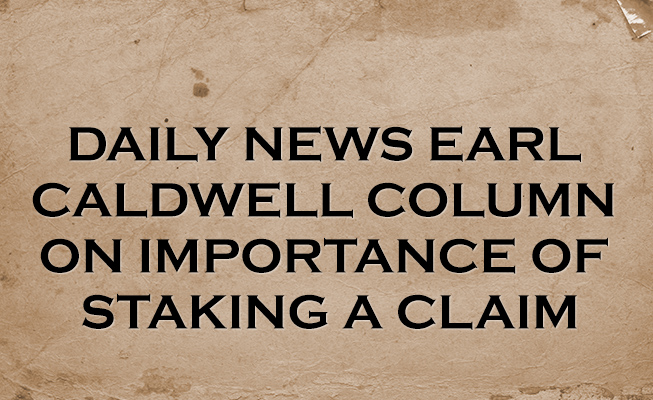 The idea goes back nearly 70 years. In the 1920s while teaching in the Washington DC Carter G Woodson started what was then called Negro History Week.  Woodson, a harvard-trained Pioneer black historian founded the association for the study of negro life and history.  but there was a need for more.  Woodson recognized that Negro History Week was a modest beginning.

A lot of time even the best ideas wither and die.  others, though, take hold to grow strong and survive. It happened that way with the idea of setting aside a block of time on a regular basis to focus on achievements and contributions of African-Americans.So Negro History week of 70 years ago has evolved to become Black History Month. The 1990 version of that begins tomorrow. In a way, Black History Month has already begun. It wasn’t planned, but the Martin Luther King jr. national holiday in the middle of January has come to open a big window onto Black America. And that extends through February, Black History Month. So it is no accident that we have big movies and television productions and books all geared for the bright light that falls on Black America through the first part of the year.

All of it figures into what Woodson saw in the 1920s.  The role that blacks have played in American history even yet is largely an untold story. One of the biggest films of the day is “ Glory,”  which is a story about black volunteers who fought in the Civil War. It is a film that enlightens a lot of people, black and white, who know little or nothing of the part blacks played in the war that was to unite the nation.

On public television, “ eyes on the prize 2”  is a documentary that currently captures attention.  it has to do with black history. The series produced by Henry Hampton picks up the black movement after the Civil Right years.

Another telling barometer of the way Black History Month has grown in the place it now holds comes from the world of publishing.

In important book stores all over, whole displays are geared to black history.  Some feature the work of renowned black writers. Others feature various aspects of the lives of black achievers such as king. But that’s not all. The publishing world has begun to introduce a lot of stories that were, until now, stories untold.

One example is a book being published by Athenuem. The book is entitled, “Staking a claim: Jake Simmons Jr and the making of an African-American oil Dynasty.”  The book was written by Jonathan Greenberg,  a former staff writer at Forbes Magazine.  While on a research tour in which he was attempting to compile a list of 400 richest Americans, he came across the name of Simmons.

As he tells the story, while in Oklahoma, he had a conversation with the white oil man into Elsa. The man Scandal list of names Greenberg offered, then said, “ you’re missing Jake Simmons from Muskogee, the colored fellow who put Phillips (oil company) into Africa. He’s a born trader worth more than any of the names you got here.”

Greenberg was never able to figure out Simmons worth but did pursue the story, and his book tells of what seldom gets told:  black achievement in mainstream America.

Simmons, born in 1901, made his fortune in Oklahoma dealing with whites. But that didn’t isolate him from the Black World. In 1938 he took a case on school that’s a great option to the U.S. Supreme Court and was involved in many other civil right issues. But Simmons and the Oil Dynasty he build has larger largely been an untold story.

black history didn’t get lost, it got ignored, and when your contributions and achievements get left out, the assumption is that you don’t have any.

That’s what Carter G Woodson recognized, and black history month, which begins tomorrow, has its roots in what he did about the problem.

This article originally appeared in the Daily News on Wednesday January 31 1990. For a PDF of the original article click here.