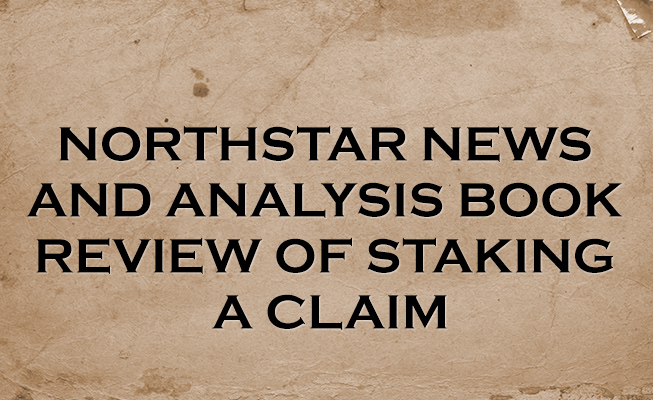 ‘How the hell can a black man stay in bed in the morning while white men rule the world? “

This was the guiding principle of Jake Simmons Jr., an Oklahoman who became the most successful African American in the history of the oil industry.

Success in the oil fields of Oklahoma and East Texas during the years of the Great Depression help him develop the expertise that gained him entry into the corporate suits of multinational oil Jack Giants, which he parlayed into pivotal presence in West Africa. It was there where he helped negotiate billion -dollar contracts between U.S. Oil companies and African officials.

Story of this incredible antreprenor is the subject of an extraordinary biography written by new york-based investigative reporter Jonathan Greenberg title Staking a Claim: Jake Simmons Jr and the making of an African-American oil Dynasty.

Rich in detail, Greenberg’s book not only spot lights on all American success story, it explores many forgotten eddies of black history, achieving an engrossing equilibrium of being informative and entertaining.

The epic sweep of biography begins with Simmon’s great-grandfather, Cow Tom, who was the first Black chief of a Native American tribe.Cow Tom was a Creek Indian.

The book tracks the Creek’s forcible expulsion from the southeast. It details the bloody evolution of Oklahoma from Indian Territory to a state. And it captures the vibrancy of black life from the frontier to Alabama to the industrial North, highlighting the battle for dignity in a racist Society bent on denying basic ‘inalienable rights.’

Simmons, a Tuskegee grad, was a strident capitalist with an incorruptible social consciousness. While he made money for himself, he was actively involved in the fight for political and civil rights for blacks in his home state, often in the face of death threats and financial harm. In the late 1930s, Simmon’s brought public school desecration case before the U.S. Supreme Court. Though unsuccessful, that case laid the groundwork for the landmark 1954 Brown vs. Board of Education desegregation case.

Greenberg stumbled upon the saga of late Jake Simmons Jr. while researching the Forbes magazine list of 400 richest people in America in the early 1980s. He subsequently spent a year in Oklahoma, and traveled to several African countries to collect facts and anecdotes about Simmons.

Staking a claim is a book that will both inspire and educate.

This review originally appeared in Northstar New & Analysis on March 1990. Click here for a PDF of the original article.