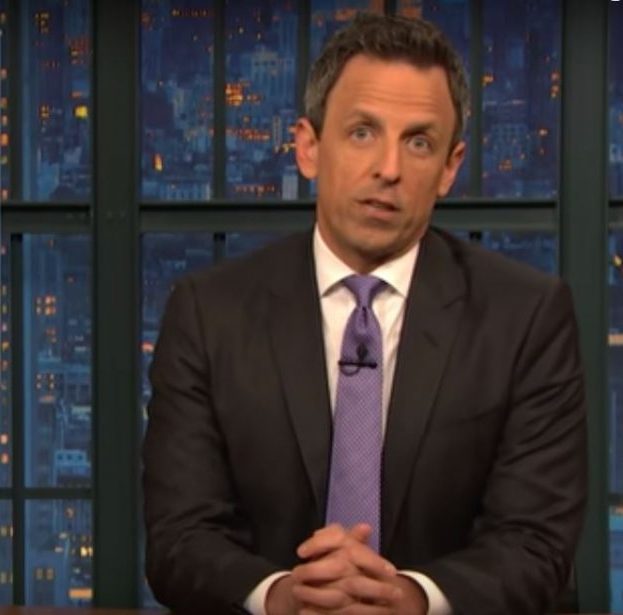 This Segment first appeared on May 8th, 2019 on the Late Show with Seth Meyers.

Late Night with Seth Myers featured Jonathan’s 1984 Forbes interview with Donald Trump. Trump, as his fictitious persona “John Barron” proceeded to tell Jonathan a series of lies on topics ranging from his wealth to his relationship with his father, Fred Trump. These lies helped Trump secure a spot on the first Forbes 400.

Seth Meyers: Now we already knew Trump was a liar and that Trump was a cheat, who had a series of spectacular business failures, but these returns are from earlier in his life in the 80’s and 90’s when he was touting himself as a business genius and one of the most successful men in America. I mean in 1987, while he was losing all of this money, he literally wrote The Art of the Deal. Based on how bad he is a deals I’m surprised the cost of that book wasn’t I Pay You $20 if You Take One.During this ten year period Trump was actively building the myth that he was a self-made success, while in reality he was a massive failure who lost more money than any other American taxpayer.

For example, you might remember that in the 80’s and 90’s Trump pretended to be a spokesperson for himself, named Jon Barron, who would call various media outlets and brag about Trump’s success. For Example, here is Donald Trump calling a reporter at Forbes pretending to be John Barron. Specifically he was trying to convince the reporter that assets that belonged to his father, Fred Trump, were actually his now. And while he was at it he also bragged about how close he was with his father.

Donald Trump: John Barron. Let me tell you what the deal is just so you understand. Mr. Trump, first of all, most of the assets have been consolidated to Mr. Trump, you know, because you have down Fred Trump. But ut I think you can really use Donald Trump now and you can just consolidate it.

Donald Trump: Oh yea, sure, he’s the chairman. Donald’s the president and Fred Trump is active. He’s an excellent guy, and you know how, they’re very close, as you’ve heard or know, or perhaps you don’t know.

Seth Meyers: He used a fake name to call up a reporter and brag about how much his father loves him. Man I would say the dude needs therapy, but I don’t think he can afford it. Maybe, Maybe, Maybe he can just use a fake name and be his own therapist. In Trump voice: “And how does that make you feel, Donald.?”  “I feel smart Dr. Barron.” “You are smart, Donald. That’ll be $200. “Uh…. Can I owe you?”