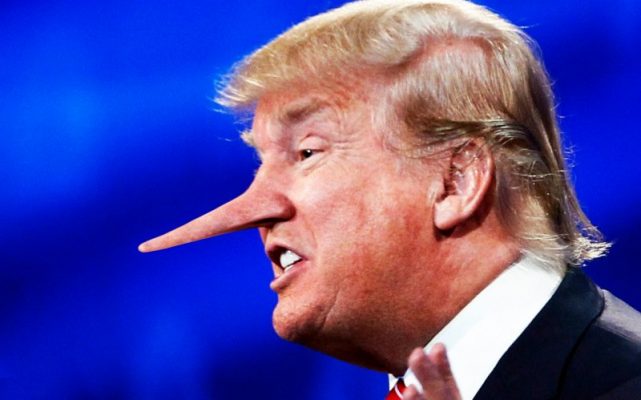 This article was originally published on May 16, 2019.

My recent article in the Washington Post about Donald Trump lying his way onto the first Forbes 400, accompanied by a 1984 audio recording of Trump pretending to be the fictitious John Baron, provided a timely springboard for commentators to offer valuable insights into the career and character of the President of the United States.

The Daily Show’s Trevor Noah draped his commentary with comedy in a segment titled, “Trump Bullshitted His Way Onto the Forbes 400 List.” Noah opened, “This weekend we also discovered Trump’s Origin Lie…The bullshit foundation that he built his entire bullshit career on.”

Noah explained, “Trump lied to get on to the Forbes list, then the Forbes list cemented him as a mogul, then he used his mogul status to get to the White House. Remember, his success story wasn’t just a minor detail of who he was, it was the very matter of his campaign. If I was a Trump supporter I would be so pissed, I voted for a rich guy who was successful not a trickster who lied himself on to the Forbes list.”

In a “Between the Scenes” segment of Noah speaking to the live studio audience about the show,

the Daily Show host, like many, expressed shock that Donald Trump could get bank loans by referencing his place on the Forbes 400 list, then said, “if ever there was a definition of white privilege for me it’s walking into a bank with a magazine and being like “here page 4 – this is how much money I have.”

Noah next observed that Trump learned a lot from his origin lie, concluding, “It sort of makes you understand how and why Donald Trump uses the phrase fake news. Because for so long Donald Trump was instrumental in making fake news. So in his head he sees the news as fake because in his head he contributed to making it fake.”

Forbes, my former employer, got in front of the story immediately after it appeared with a reflective feature by current Editor Randall Lane. Lane wrote that not one of the 1,500 people who have appeared in the Forbes 400 during the past 35 years, “has been more obsessed with his place on the list than our current president…The exaggeration, lies and spin formed a familiar pattern that we’ve documented over the years, though Greenberg added a new wrinkle–Trump apparently called him, pretending to be his public relations representative (“John Barron”). It’s a fun and telling story. It’s also completely in character with the president’s multi-decade Forbes relationship.”

CNN’s Good Day host Chris Cuomo brought a journalistic “Me Too” quality to the story. “This is a situation where ordinarily I might be hammering someone who’s in your situation,” he said on air. “But I can’t.  You know why? Too hypocritical. I was in the same position when I was at ABC News with a really good investigative team, and he was coming into full flower as Trump the TV icon, and we did a net worth story about him, and he talked us into a situation where we were only comfortable going on the air with what his net worth was if he agreed, and he wound up going up about 50% every phone call I had with him, and so he didn’t even need to have a fake persona, he wasn’t even pretending to be someone else, he’s very persuasive.”

But, Cuomo warned, “now that he’s the most powerful man in the world, and we are dealing with his penchant for deception right now, he won’t show his taxes, why? Lot’s of excuses, we know none of them to be true.”

The New Yorker’s John Cassidy, in a column titled, “Trump’s History of Lying, from John Barron to @realDonaldTrump,” also worried about the consequences of Trump’s deception.   “The seventy-one-year-old Trump currently in the White House,” Cassidy wrote, “is merely an older version of the thirty-seven-year-old Trump who misled Greenberg all those years ago…The disturbing aspect of the story is that Trump and Cohn’s flimflam routine worked.  Judging by subsequent history, the lesson that Trump learned from this experience was that lying to the media works. His regular appearances on Forbes’s list didn’t merely give him bragging rights in New York real-estate circles. They also burnished his personal brand, which he eventually rode to a starring role on a network-television show, “The Apprentice.” From there, he set his sights on the White House.”

Bloomberg View columnist Timothy O’Brien, the author of a comprehensive 2005 business biography of Trump, provided a big picture context to the story writing, “Trump has latched onto such fanciful figures not simply because he’s insecure about his wealth but because he knows that pretending he has that kind of money keeps him in the media’s eye and keeps potential business partners interested in him. It’s all part of the long con.”

“There’s a long pattern here,” she wrote, “of Donald Trump deliberately playing games with journalists to blow his own horn and spread his flimsy, self-glorifying propaganda. In the past, he did this because he yearned to be depicted as a billionaire playboy rather than a small-time real estate developer with a string of business failures. It’s not unreasonable to suspect that he is doing much the same thing now, in an effort to kick up dust around the Russia investigation and create the illusion that he’s the victim of some conspiracy of leakers.”

I will forever savor the only headline to associate my work with both “Desperate Leftists” and the Koch Brothers. To Limbaugh, my story was evidence of (surprise) an orchestrated liberal media conspiracy. “I’m telling you, folks, they’re reaching the end here,” Limbaugh ranted, after referring to CNN commentator Chris Cuomo as ‘Fredo.’ “They have literally got nothing… this 35-year-old tape where Trump’s supposedly pretending to be his PR guy lying about his wealth? This is more evidence than what this all has actually been has been a concentrated, focused effort to destroy Trump’s polling data.”

As for Trump’s John Baron con, Rush remarked, “I don’t care if he did it or not, it is in no way, shape, manner or form, anything coming close to being worth getting rid of a president for. But if you throw it on the pile of all the other stuff they’re throwing out there, they’re trying with mission creep, you know, get Trump’s numbers to drive down and drive down, drive ’em down, drive ’em down. But they’re not even succeeding at doing that.”

What I did succeed at, apparently, was providing fodder for Twitter pundits.  @RealDonalDrumpf photoshopped Trump with a cheap plastic nose, glass frame and moustache over his face above the caption: “John Barron is a terrific guy. He’s been with the organization for years.” #DonTheCon.”

My Forbes 400 story even inspired the launch of a fictitious new handle going by the name John Baron, describing himself as “the Unofficial financial spokesman for The Don himself,” and using as a photo the police drawing of the suspect who reportedly threatened Stormy Daniel. This week, the new John Baron tweeted: “Mr. Greenberg. If you can give me a call, Like to discuss my health. Errr, DJTs health. His physical strength and stamina are extraordinary, If REelected, Mr. Trump, will be the healthiest individual ever REelected to the presidency.”

From the left, The Young Turk host Cenk Uygur was more incensed by the news of Trump’s Forbes 400 con than he was amused. Uygur used his 15 minute segment to read excerpts from my article, fume about Trump’s deceit, and savage his record as a businessman. “He was never a billionaire,” Uygur said, “he’s not a billionaire now it’s not even close and his whole life and his whole career he’s been a con man. Now you’re going to hear tapes of him actually pretending to be someone else, because he’s a buffoon. By the way you’ll find out later all of his money he inherited from his dad and built almost nothing on top of it. Just a privileged little prick is all he is!”

“No actual billionaire,” Uygur added later in the show, “does a scam like Trump University where…there’s no actual courses and it’s not an actual university; it’s just a means to rob people of their money. He’s desperate for money, because he’s always on the edge of bankruptcy, he went bankrupt six times in his career, six different business he bankrupted because he’s an idiot man-child…a total pathological liar and con man.”

CNN Tonight host Don Lemon used my story as a springboard into Trump’s mental state. During an interview with Trump biographer Gwenda Blair and I, he ran a recent clip of James Comey observing that President Trump, “has an emptiness inside of him, and a hunger for affirmation I’ve never seen in an adult. And I’m not saying that to be funny. I think that he lacks external reference points. Instead of calling — making hard decisions by calling upon a religious tradition, or logic, or tradition, or history, it’s all what will fill this hole.”

Lemon that asked me, “Do you think Comey is right?”

I told him what I have told friends for years. “I’ve interviewed thousands of people. I’ve been a journalist for 38 years. I have never met anyone as insecure and eager to impress as Donald Trump.”

Author Gwenda Blair then gave her answer. “Absolutely. He’s a conman, and he is a salesman. I think in these tapes, one of the interesting things was he’s really good at figuring what you want to hear…and he pulled you right in. He stuck out that worm on the end of the hook and yanked. He’s really good. By the way, his father did this.”

Lemon followed up. “There are so many examples…His need for affirmation, his bragging about the crowd sizes, the audience sizes, insisting that he’s among the top businessmen in the world.  Even that spectacle of his cabinet being forced to say all those flattering things about him around that table? Where does that come from? Does it come from his father?”

Gwenda Blair replied, “He has to be a success…He has to constantly keep reinforcing that. If he says it, it has to be true, it has to be right, it has to be successful. And any other possible way of thinking about anything can’t get under that big pompadour, (he) can’t let it in.”

I would like to leave the last word about Trump’s truthfulness, at least for this moment, to New York Magazine’s political columnist Jonathan Chait. A few days ago Chait characterized my Post story as a “fascinating confessional” which admitted that “even the massively downgraded sum he published was far too generous.”

Chait observed, “We may think we comprehend the depths of Trump’s venality. We continue to learn that there is no bottom. The number one rule in understanding Trump is that the lies are usually covering even worse lies.” 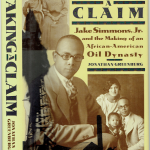