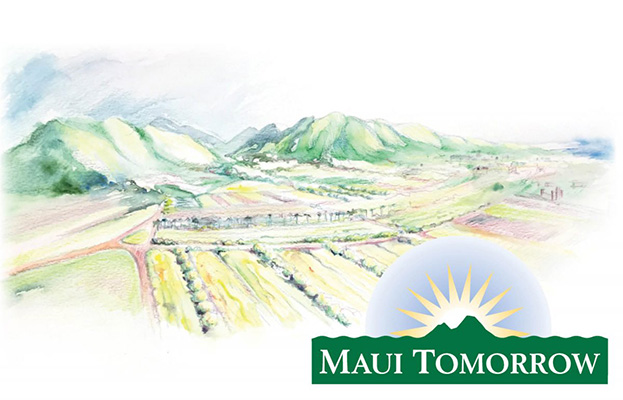 Marketed as an island paradise, Maui is not the first place one would think of as ground zero in the battle for the future of agriculture. The golden beaches of Lahaina were recently ranked as the second most popular honeymoon destination in the world (after Las Vegas), and its surfing is legendary. The billions of dollars spent by tourists each year are at least 20 times greater than the value of the island’s agriculture. But amidst complex discussions about the effects of chemical farming practices on public health, whether to choose an industrial or regenerative farming model, and the profitability of future crops, Maui stands at the crossroads between America’s farming past and its green future.

This crossroads is located on 32,400 acres of what is Hawaii’s last sugar plantation. The sun swept farmland is largely owned by Alexander & Baldwin, a 145 year old companywhose land holdings and controversial water “rights” grew from the colonization and gunboat diplomacy that uprooted the once independent kingdom of Hawaii. At the start of this year, with world prices for sugar down and agribusiness losses of about $30 million, A&B announced that it would close the plantation before the end of 2016, and lay off most of its 675 workers.

There is great interest across Maui in creating an agricultural future that is more economically viable than the past chemically dependent, water hungry plantation model. This, and a desire to help save agricultural jobs, have inspired Maui Tomorrow, a 26-year old environmental advocacy organization, to facilitate a discussion across the entire community. The organization recently released Mālama ‘Āina: A Conversation About Maui’s Farming Future, a detailed 50 page report (viewable here) that analyzes opportunities to grow profitable crops and market Maui-branded value-added products, using farming methods which offset climate change, end chemical spraying and crop burning, use less water, and restore soil quality. The goal is to transform the industrially farmed A&B lands into a sustainable source of food and energy crops, and diversify an island economy that now imports 90 percent of what its people consume. Maui Tomorrow is asking business leaders, farmers, activists and political candidates to present their own comments, ideas and proposals about economically beneficial and environmentally restorative alternatives to monocrop agriculture. The organization has started this process by hosting a community dialogue on its new website, at www.FutureofMaui.org.

“We believe that this unique opportunity to expand the vision of what’s possible for agriculture on Maui can result in positive outcomes for all concerned,” said Albert Perez, Executive Director of Maui Tomorrow. “Working together, the people of Maui can end the era of toxic chemical agriculture and instead embrace regenerative agriculture, which creates multiple income streams from the same land area, and improves profitability by eliminating the cost of external inputs such as fertilizer and pesticides. This type of agriculture can improve the health of our soil, water, and coastal ecosystems, and increase agricultural jobs, thus maintaining important economic diversification.”

Perez and the Board members of Maui Tomorrow support the views of many community leaders that the island of Maui can go beyond its current role as a tourist industry version of “paradise” by serving as a respected model, and premier teaching destination, for greener agricultural practices. “Regenerative agriculture,” Perez recently wrote, “can also help to capture atmospheric carbon, thus offsetting climate change instead of contributing to it.”

Erik Frost is the CEO of Hoku Nui Maui (“shooting star”), a cutting edge 200-acre regenerative ranch that raises grass fed cattle, lamb, chickens, and honey, with the approach of using animals — and their nutrient rich manure — to help rehabilitate the land. “Herbicides and pesticides kill almost everything in the soil, and degrade microbiology,” he explains. ‘Microbiology is the tool that transfers nutrients from the soil to our plants. We cannot live without it. That’s why commercial agribusiness is producing nutrient poor food, which contributes to the epidemic of diabetes and obesity.”

Frost, like many Maui business leaders and environmentally concerned citizens, agrees with Maui Tomorrow that the future of the island’s agriculture needs to reduce toxicity and be mindful of its ecological impact. “The design of agribusiness is to lock you into using herbicides, pesticides and chemical fertilizers,” Frost says. “So just because the sugar plantation is going away does not mean the herbicides and pesticides are going away. Consumers need to drive the change and demand that their food be healthy. And for the food to be healthy, the farm has to be healthy.”

Maui’s Tiare Lawrence, a mother of two, is running for state legislature this summer as part of a new generation of environmentally attuned young native Hawaiians. She hopes that A&B will work with the community. “Alexander & Baldwin has the perfect opportunity now to make things right,” Lawrence observes. “The sugar industry devastated thousands of Hawaiians, who were 100 percent self-sufficient, by stealing water from their communities, leaving their streams dry and lifeless for over 100 years. With the closure of sugar operations, they have the opportunity to sow healthy seeds for a better future on Maui — one that will require far less pesticides and less water, leaving plenty of water for homeowners and farmers, while returning water to the streams and farmers of East Maui.”

“This report is just a beginning,” wrote Maui Tomorrow’s Albert Perez. “The next steps will include documenting existing regenerative agricultural operations, developing business plans for new ones, implementing real projects on the ground, and scaling them up significantly. In addition to many supplemental industries related to regenerative agriculture, we have an opportunity to develop a new educational industry, teaching people from around the world how to implement these methods.”

Alika Atay, a Hawaiian farmer who combines permaculture with traditional farming practices and who was consulted for the report, sees the plantation closing as the end of one era, and the beginning of a new one. “Mālama ʻĀina means care for the land that feeds you,” he explained. “It’s what our elders have told us is our true direction. This report marks the beginning of a return to those values.”

“I want to thank A&B for the important role they have played in our local economy,” Atay said. “And for having created opportunity for generations of their employees. Although the closure of the sugar plantation is a painful episode for many, we must embrace the future and open ourselves to this important opportunity to move with aloha for each other toward a sustainable, self-reliant, chemical-free agricultural future that will prosper our people and our land.” 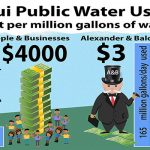 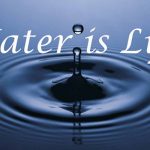 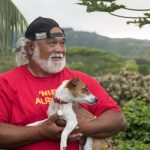